Conservation Commissioner Barnett Lawley announced today that no further changes to the dog deer hunting regulations for the 2008-2009 hunting season will be implemented and no additional pubic meetings will be held this year.

When the Alabama Conservation Advisory Board met in May 2008, a motion was passed to form a committee to study further regulation of dog deer hunting and to conduct another public meeting if necessary. That committee, comprised of representatives from landowners, dog deer hunters, Advisory Board members and Division of Wildlife and Freshwater Fisheries’ professional staff, met on June 26, 2008, in Montgomery. After a discussion of the issues, they recommended to Commissioner Lawley that no further changes be implemented for this year and that no public meetings are currently necessary.

The committee determined that any changes in the dog deer regulations at this late date would be a hardship to landowners and hunters who need to make land lease and membership decisions for the upcoming hunting season.

In previous years, the Board placed Coosa, Chambers, Geneva, Henry and part of Covington County under a system whereby dog deer hunting is allowed only by special permit. No new areas have been placed under this system since 2004.

The Conservation Advisory Board assists in formulating policies for the Department of Conservation, examines all rules and regulations and makes recommendations for their change or amendment. The Board is expected to conduct its next meeting in February 2009. Meeting details will be posted on ww.outdooralabama.com. 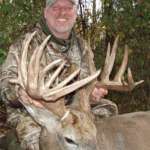