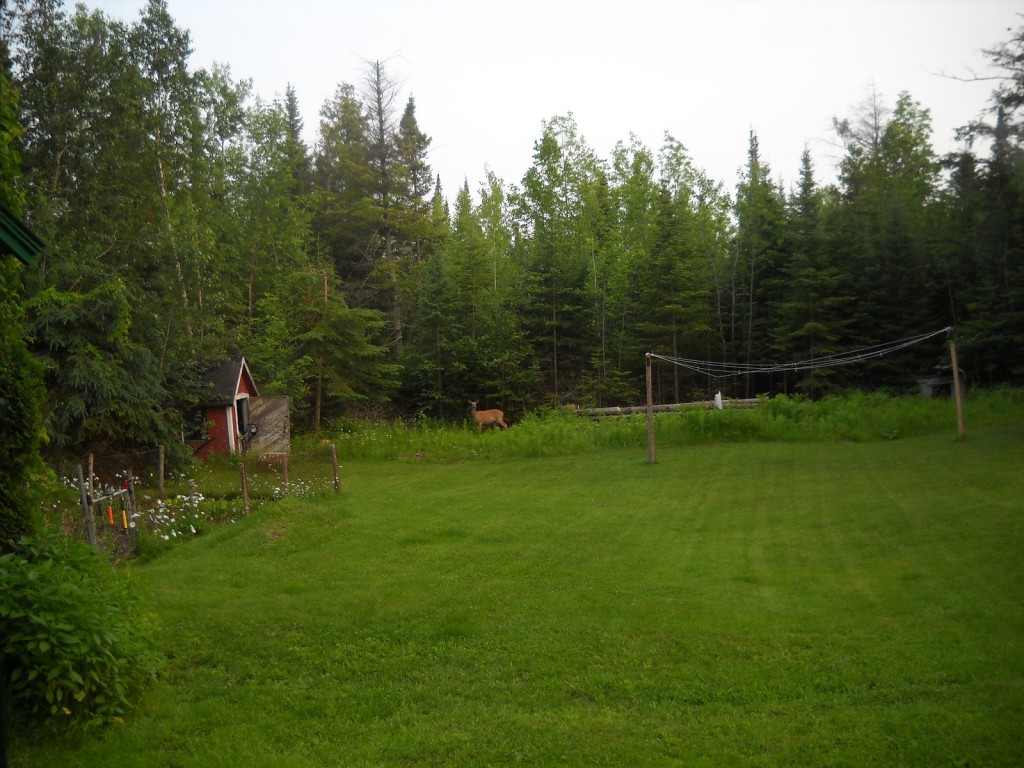 By July 4th deer were visiting the clover on a daily basis.

When we talk about managing properties for wildlife we often envision a large field of freshly worked dirt, covered in carpets of green. Selective cuts and clear cutting of forests both old and new. Or possibly the addition of a reliable water source.

It’s entirely possible that you might need to hire a service provider and rent the proper equipment to complete your plans. Unless you have an ATV and the attachments, it can be expensive. Really expensive. Those requirements often lead to your big ideas shrinking quickly to a project more suitable and affordable.

With that in mind I’ve documented a small project that took place right outside my cabin window in late May.

It had become clear that the forest had encroached on my yard and my view. And with the need to clear some of the trees back I created a small land management opportunity that cost me less than $10, and a bit of grunt-work, that can be applied anywhere for a similar cost. 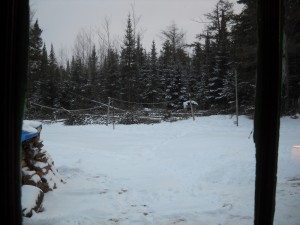 Clearing the trees to allow the sun to penetrate the ground.

First of all let’s take a look at some selective cutting of the current forest. It’s quite possible to take down enough mature trees to allow the canopy above to open and let that wonderful sunlight reach the ground. By allowing the sun direct access to the forest floor you promote growth of the basic legumes and seedlings that have been dormant due to the lack of exposure to the sun and the competition that the matures trees created.

Some considerations are to carefully select the area where you remove the mature trees. Consider the direction of the sun throughout the day and how the removal of those trees will have an optimal effect. If those trees can be used as firewood, or lumber, then that’s a bonus. If some of those trees are dying or diseased then you’re doing yourself and the property a favor by removing them. Consider wind direction and understand that in the right instances, removing some of the mature trees can lead to wind damage to the remaining trees.

The area I cleared was only 25 feet deep and 75 feet wide.

Technically speaking on it’s own merit this is a short-term option that might attract deer for a few years until the area regenerates with new growth that crowds out the smallest plants. Eventually the area will become unproductive if it’s not maintained by working the ground each year.

To make this work for the long term, turn the ground over each spring or at least work it up to some degree and plant your favorite blend of food plot seeds. A simple Throw And Go or Hot Spot mix should produce adequate results for a very minimal investment. 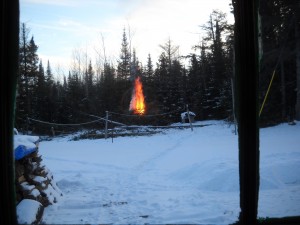 If you live in the northern region of the U.S. you see plenty of snow and with that snow comes the option for small controlled burns during the spring season.

The benefits of burning the ground cover of an area needs little reference. Generally speaking most everyone has noticed that a burned area re-generates in a rich green cover on the forest floor. Your state’s natural resources foresty division creates prescribed burns each year for similar purposes. However their burns are on a large scale and monitored by professionals. And while most people know it works, most know little of the science and the benefits created in process. Just be sure you can legally conduct a burn of any type before you begin.

Removing the woody plants and overgrowth using fire is a technique that has been practiced for many years when Native Americans used this tactic to free prairies and woodlines of scrub to benefit the environment. In turn the process was beneficial to the local wildlife which was beneficial to the natives.

Blackened earth quickly absorbs the sun’s rays and creates an accelerated heating process in the soil. This in turn encourages seeds to germinate into the remaining grasses and legumes. Whitetail deer, amongst many other species of animals, find these areas of particular interest.

A common tactic is to create a new grazing area by using the technique above, removing trees, and utilizing a controlled burn of the limbs and decayed trees in the area that has been cleared.

I chose to burn my brush in several piles and rake it across the ground as the snow melted.

I wasn’t particular about the brand of seed I was planting. This area is not for hunting. It’s a simple viewing area framed perfectly from the couch inside the cabin. A bag of white clover seed from my local feed mill was all I needed. For less than $10 I had enough to seed my spot and a few small pockets further back on the property.

I decided to frost seed the area and for those who are not familiar, frost seeding means broadcasting the seed out on the snow or frozen ground. As the frost works out of the ground in the spring the seeds get pulled down and make contact with the dirt where it germinates when the weather is favorable.

After I seeded we got a pile of snow which melted and then more snow. I wasn’t sure if it would affect the clover germination.

When spring finally arrived I raked the area to remove any ground litter left behind and spread the ashes around a bit more. At this time I was already seeing signs of clover sprouting up here and there. From that point I left it alone and plan to stick to that routine.

Remember, this is about inexpensive management. If I had gone as far as pulling stumps and grading the ground the cost would have been significantly larger.

I left the stumps in the ground and the piles of ash from burning the brush are still there. During a lengthy dry spell I noticed some die-off in several small areas as the clover began to turn brown. But one good rain changed all that.

I’m not looking to control the weeds that are mingling with the clover and the deer, turkeys, and rabbits, that are grazing each day seem completely content. And I’m quite satisfied with the results.

As for the pockets I planted further back on the property for hunting, the clover has done really well especially where there was an abundance of water nearby earlier in the year. I literally cleared zero trees in those areas. It was a simple broadcast on the snow and walk away deal that has increased my whitetail deer hunting percentages this year.

If you’re looking for a cost-effective option that can help turn the odds in your favor this hunting season, grab yourself a bag of seed and make it happen.